Gawadar to be next economic hub of Pakistan. Gawadar is going to be 3rd economic city after Karachi and Lahore in Pakistan.

The Gawadar Smart City and the man made Island will play major role in the masterplan. Making and developing Gawadar is major part of CPEC (China Pakistan Economic Corridor).

Gawadar Smart city is expected to hold 2 million population and It will be hub for job seekers in Pakistan. Many international and local businesses will shift there and will offer high paying salaries to the jobians.

This will not be beneficial for Pakistan but also whole region will get benefit from it.

It is going to be next stop for every import and export business.

Pakistan and China, by stepping togather will develop a man made island in Gawadar which will be next big international airport for the whole world.

Why Gawadar is important to China?

As we all know in name of CPEC China has been investing a lot lately, many of us know why china is so merciful on us and many of us don’t.

Well, investing such big without expecting anything in return, no one does that. So China has many interest in developing in Gawadar port, here are few;

Shorter and Better Route for import:

After the Gawadar it will be easier for China to import from middle east, mostly energy import.

Current route of import to china is around 12000 KMs long. Now the distance from Gawadar to Xinjiang (China) is around 3000 KMs and around 3500 more KMs from Xinjiang to eastern coast of China.

Now If china import or export from Gawadar it will save around 40% distance.

Now cost and time is directly proportional with distance. As discussed in previous point if distance is decreased the cost and time will also decreased and it is ultimately benefit to China.

If cost and time is benefit to the fellow countries many countries will make strong relation with China because they will deliver in time.

Importance of Gawadar to Pakistan? 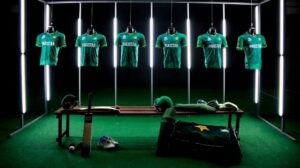