Justice For Nimrita. In this modern world where people are working with Robots and trying to get over the moon we Pakistani unfortunately are years behind.

You all must have heard the news that Nimirta has passed away. She was found dead in her hostel.

Everyone said that this is the suicide case but her Brother does not believe it and requests CM Sindh to investigate the issue and find the facts.

As per her Facebook account, she is very happy and beautiful girl from Mirpur Mathelo (Sindh Province) and she was final year student of BDS in Chandka Medical College Larkana.

CMC Larkana is one of the top medical institute in Sindh.

Was she raped and murdered or suicide?

Well as of now we cannot confirm news about her but here is what her Brother is saying;

#JusticeForNimrita
Elder brother of Nimarta, Dr. Wishal is not only doctor but he is FCPS consultant physician at Dow Medical University Karachi.
According to him, he believes this is not suicide but a murder.@BBhuttoZardari@fbhutto@ImranKhanPTI #larkana pic.twitter.com/Xlnvx3qi3y

Her Brother is one good doctor working in top hospitals in Karachi.

Many people knew her and saying that she was very good soul, always happy and fun loving. She was not in fight with anyone. She did not have any family pressure, no study stress and also no financial burden.

Unfortunately many people are linking this event with event happened earlier in Ghotki where Some Hindu Teacher was accused of blasphemy.

Well we also demand Justice For Nimrita and demand thorough investigation. We as humans need to respect women and teach our children the importance of respect. 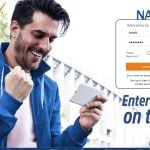